A Taste of India

Meeting and assistance on arrival at International airport & transfer to hotel. On arrival, check in at the hotel. Overnight at the hotel.

Delhi: Indias capital and major gateway to the country, contemporary Delhi is bustling metropolis, which successfully combines in its fold the ancient and the modern. Its Strategic location was one of the prime reasons why successive dynasties chose it as their seat of power. It is not surprising then that what constitutes Delhi today is a conglomerate of seven cities. Down the ages the region in and around modern Delhi saw Lalkot built in the mid-11th century, Siri established by Allauddin Khilji, Tughlakabad, and Ferozabad built by the Tughlaks followed by the city of the Lodis and then came Shahjahanabad, capital of the Mughals under Shah Jahan.

New Delhi reflects the legacy the British left behind, distinction between the capitals of the British and the Mughals respectively. But wherever the visitor goes he will invariably confront the citys past.

The throbbing present of Delhi pulls one out of reflections on a mute past. The divisions in the walled city and New Delhi also mark the varied lifestyles. The walled city is all traditions, where as New Delhi in contrast, is a city living up to contemporary international standards. Delhi also serves as the major gateway for touring the internationally known tourism destinations of Agra and Jaipur. 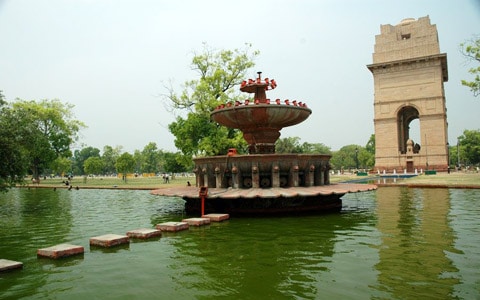 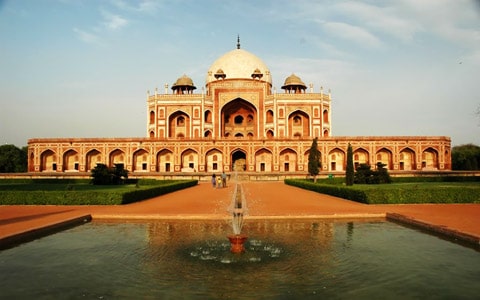 Jaipur, the vibrant capital of Rajasthan is popularly known as the pink city because of the pink colored buildings in its old city. It sits on a dry lakebed in a somewhat arid landscape, surrounded by barren hills surmounted by forts and crenulated walls. This buzzing metropolis is certainly a place of wild contrasts and a feast for the eyes. Vegetable laden camel carts thread their way through streets jam packed with cars, rickshaws, bicycles and pedestrians frantically dodging the crazy traffic. Traditionally dressed Rajput men sporting bright turbans and swashbuckling moustaches discuss village politics outside restaurants serving spaghetti and American ice cream sodas. Jaipur has long outstripped the confines of its city walls and is today amongst the most tumultuous and polluted places in Rajasthan. Despite this, it seldom disappoints first time visitors.

Afternoon at leisure. Overnight at the hotel. 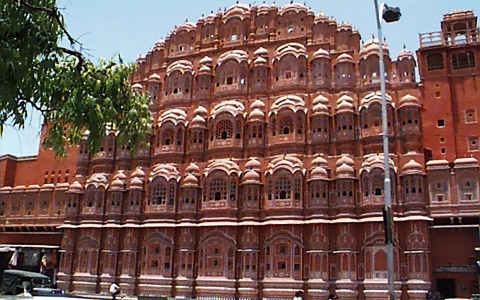 Breakfast at the hotel. Morning excursion to Amber Fort including an elephant ride/Jeep ride.

Amber Fort: At a distance of 11 kms from Jaipur, Amber was the ancient capital of Jaipur state. Construction of the fort began in 1592 by Raja Man Singh, the Rajput commander of Akbars army and is a superb example of Rajput architecture.

Afternoon – tour of City Palace and Observatory. The City Palace in the heart of the old city is a blend of Rajasthan and Mughal architecture.

The Palace of winds – a five storied structure of pink sandstone has semi-octagonal and delicately honeycombed windows overlooking the main street of the old city. It was originally built to enable the ladies of the royal household to watch everyday life. Overnight at the hotel. 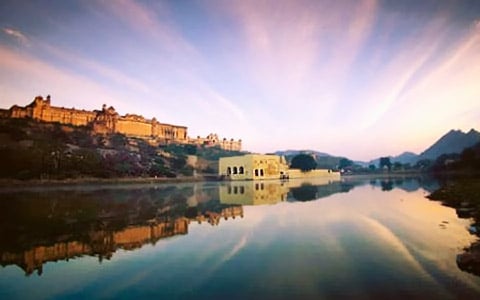 Morning drive to Agra enroute visiting Fatehpur Sikri. On arrival, check in at the hotel.

Fatehpur Sikri was the capital of the Mughal Empire from 1571 to 1585, during the reign of Emperor Akbar. The city was built around the abode of Sheik Salim Chishti, a mystic who had advised the childless Emperor Akbar and shortly after his first son was born. Fatehpur Sikri was a glorious city with its beautiful architecture, constructed entirely of red sandstone, but it was built in an area that had a low water supply. For this reason, the city was abandoned shortly after the death of Emperor Akbar.

The palace buildings and mosque that is still in use are well-preserved even after 400 years. Although Fatehpur Sikri is a ghost city there is much to see and many visitors take a day trip from Agra. 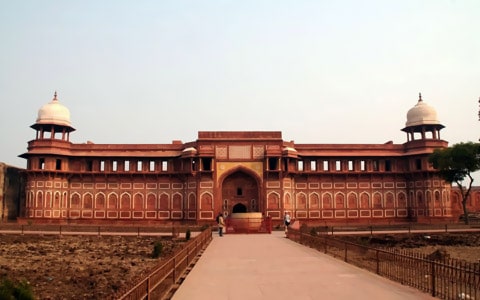 The palace complex of Fatehpur Sikri includes the Palace of Jodhabai, named for Akbars Hindu wife; the Sunahra Mahal, home of Akbars Christian wife; Birbals House, said to be the home of Akbars two senior wives; and the Panchal Mahal, a five storey pavilion used by the ladies to watch the court. Fatehpur Sikri is at its most peaceful at sunrise and most lovely at sunset.

Agra, Agra is globally renowned as the city of the Taj Mahal. But this royal Mughal city has, in addition to the legendary Taj, many monuments that epitomize the high point of Mughal architecture. In the Mughal period, in the 16th and 17th centuries, Agra was the capital of India. It was here that the founder of the dynasty, Babar, laid out the first formal Persian garden on the banks of the river Yamuna. Here, Akbar, his grandson raised the towering ramparts of the great Red Fort. Within its walls, Jahangir built rose-red palaces, courts and gardens, and Shahjahan embellished it with marble mosques, palaces and pavilions of gem-inlaid white marble.

The crowning glory of the city is obviously the Taj, a monument of love and imagination that represents India to the world.

Taj Mahal – stands serene and awesome, on a raised marble platform, by the banks of the Yamuna, testifying to the timelessness of art and love. Its pure white marble shimmers silver in the soft moonlight, exudes a shell – pink glow at dawn, and at the close of the day, takes on the tawny, fiery hue of the majestic sun. Shahjahan built the monument in memory of his beloved wife, Mumtaz Mahal, the “Lady of the Taj”, who died giving birth to their 14th child. It has been called the most extravagant monument ever built for the sake of love. 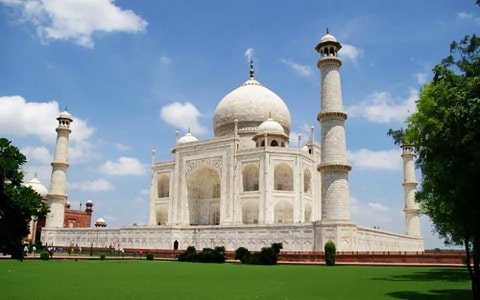 Agra Fort– Among the other monuments that Agra takes pride in, built by three of the greatest Mughal emperors. The construction of this massive structure began in 1565, under Akbar, and continued till the time of his grandson, Shahjahan. The Diwan – i – Am, the Diwan – i – Khas, the Khas Mahal, the Palace of Mirrors, the Pearl mosque, the Nagina Masjid, the Garden of Grapes, and the Fish Pavilion are the other monuments in the fort complex.

Late Afternoon drive to Delhi. Overnight at the hotel.

In time transfer from your hotel to international airport to connect flight for onward journey / home. 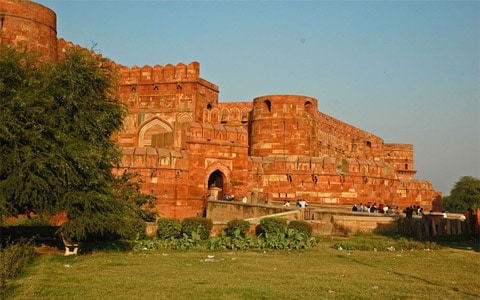 In Double Room for 6 nights 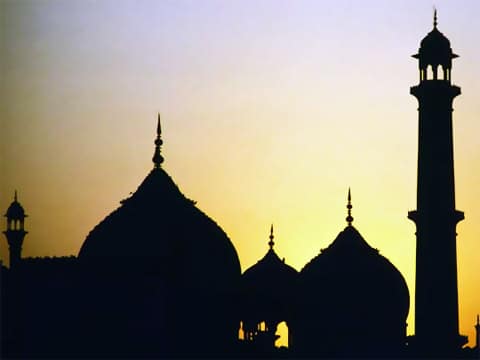 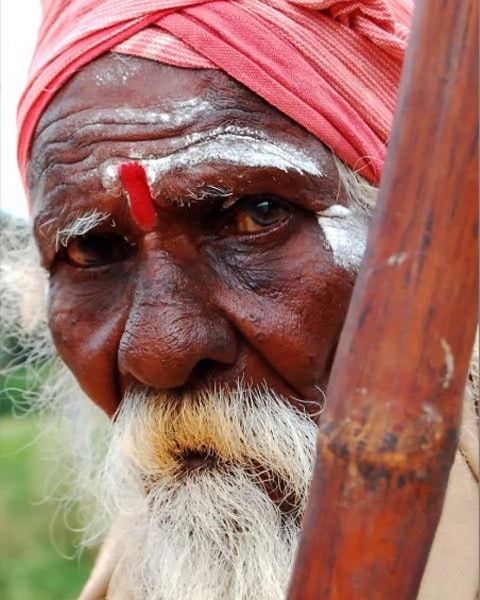