The Best of Spain 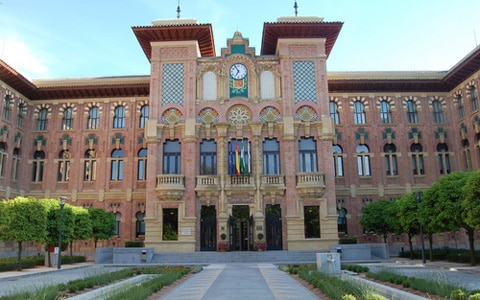 Upon arrival to Madrid Airport you will be met and greeted by our airport staff and transferred to your hotel in the city centre. During the afternoon, meeting with your local hostess in the hotel for a welcome briefing regarding your available options whilst in Madrid. Tonight a Tapas-Dinner is included at a local restaurant, to sample the delicious Spanish food.

Breakfast. This morning you will enjoy a guided City Tour of Madrid. From the Bus a panoramic tour of the most important highlights of Madrid with the impressive buildings surrounding Plaza de Cibeles, Plaza de Colón and Puerta de Alcalá.

This tour will end with the visit of the Royal Palace (Borbons period), a beautiful exponent of the 18th Century and one of the best preserved in Europe. A Visit is included to: Principal staircase, rooms of Alabarderos, Columns, throne, Gasparini, Carlos III, porcelains, Gala dining room, museum of silver, musical instruments, principal courtyard, Royal Chapel and the new four rooms. Rest of the day at leisure. 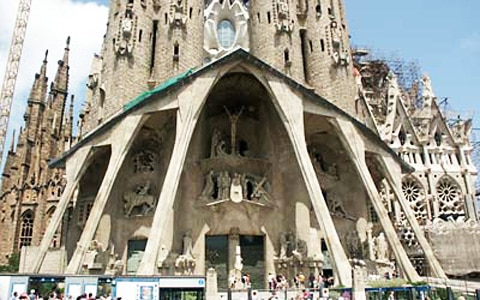 Breakfast. Departure for a Full Day Tour to Toledo including Lunch.

Declared World Heritage City. Successively a Roman municipium, the capital of the Visigothic kingdom, a fortress of the Emirate of Cordoba, an outpost of the Christian kingdoms fighting the Moors and, in the 16th Century, the temporary seat of the supreme power under Charles V, Toledo is the keeper of more than two millennia of history. Its masterpieces are the product of heterogeneous civilisations in an environment where the existence of three major religions –Judaism, Christianity and Islam– was a major factor.

Cradle of Monarchs, and the seat of principal archbishops, Toledo constitutes a tourist attraction point of first order sheltered in the knowledge stored in its Mosques, Synagogues, Churches and Convents.

The Cathedral, the monastery of Saint John of the Kings, the doors and the walled enclosure or the Alcazar portray the special attractiveness of its streets and plazas.They surround the traveller with an enchantment as Becquer or Galdos described, and El Greco portrayed in his paintings.

Breakfast. Departure transfer to ‘Atocha’ railway station to board your high-speed train “AVE” for a 2:30 hours journey to Seville. Upon arrival to “Santa Justa” train station, Meet and Greet and transfer to the hotel in the city centre.

Breakfast. This morning will enjoy a panoramic tour of the capital of Andalucía to admire the beautiful Plaza de España & Plaza de América, with its buildings left from the 1929 Latinamerican Expo, the well cared gardens of Maria Luisa Park and Torre del Oroby the Guadalquivier River. A walking tour through the old Jewish Quarter of Santa Cruz, with its characteristic ‘Patios’, artistically decorated with plants, flowers, tiles and wrought iron balconies, will take you to the Cathedral, largest place of workship in Spain, built on the site of the former great Mosque, it incorporates the original minaret – La Giralda Tower- forming a perfect whole with the late Gothic architectural style (it took 4 centuries to complete), to which an exquisite bell tower was added in the 16th Century.

Enjoy an included Lunch at a local restaurant.

Rest of the day at leisure to discover other interesting sights of the city such us the Royal Palace of the Alcázar with its medieval entrance – The Puerta de Leon, or the Palacia de Lebrija, Casa de Pilatos, Macarena Virgin Basilic, etc … 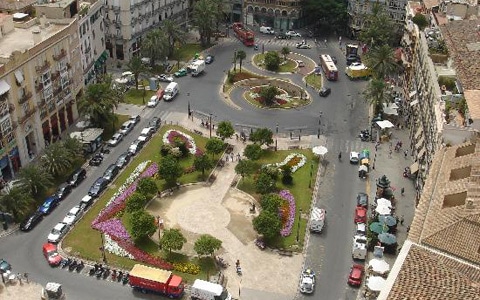 Breakfast. Depart by bus with a bilingual speaking escort towards Córdoba, the former Capital of the Omeya Califat during the Arab Domination,, located on the banks of the Guadalquivir river. On arrival Visit the magnificent Mosque, typifing the strengh and importance of the Muslim influence in its past. After the capture of Cordoba by the catholics, however, the Mosque was converted into aCathedral – later major modifications were made, a carefully planned process which took almost 2 ½ centuries, resulting in an amazing blend of architectural styles and retaining the majority of the original construction.

In contrast, take in the charm of the Jewish Quarter – its colourful patios tastefully decorated with plants, flower pots, bird cages and the inevitable whitewashed walls, fountains and wrought iron. Will pay a visit to the Synagogue, considered one of the most significants in Spain together with El Tránsito & Santa María la Blanca in Toledo.

Lunch on own. Later in the afternoon, continue the drive to Granada the ancient capital of the Arab-Nazrid Kingdom. Arrival and check-in at your hotel. Tonight enjoy an included Dinner at a local restaurant located within walking distance from your hotel. Overnight stay.

Breakfast. This morning you will enjoy Spain’s foremost monument, ‘La Alhambra’. Built on top of the old Roman and Visigotic ruins, overlooking Granada. During moorish reign, this majestic fortress was the summer residence of the arab Royalty.

The Alcazaba, with its magnificent Torres Bermejas as main fortress, the Carlos V Palace into which fine arts & archeological museums are located, and of course and most important the Nazrid Palaces, an unic masterpiece of Nazid architecture.Experience the tranquility of the Generalife Gardens as they once did, with charming ponds and water channels, all of them in the middle of a georgeous and perfectly kept garden with a large and wide sort of plants, flowers, trees…. .

After the visit we proceed for an included Lunch.

Afternoon at leisure to explore the hidden medieval corners that this monumental city offers to the visitor, such as, the typical quarter of “El Albayzin”, protected as “World Heritage” by UNESCO, with its narrow whitewashed streets and overflowing pots and wrought-iron balconies or “El Sacromonte”, the typical Gipsy quarter where you can try a magic Flamenco show “Zambra” into one of the gipsy caves.

Dinner at your own. Overnight stay. 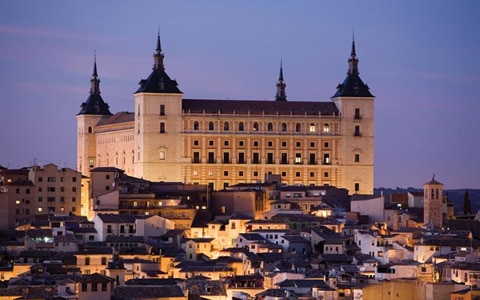 After breakfast, depart for a 6 hours bus drive to Valencia. Considered as the third city of Spain in importance, by its population and economy, Valencia is one of the mayor cities capable to co-habitat harmonically its past remaining, dated from the year 138 back., together with the last updated and sophisticated edifications with vanguards designs built at the shore of the new millennium.

Lunch en route on your own.

Upon arrival we will have a panoramic tour of the city and enjoy the beautiful and amazing shapes of the buildings at the City of Arts & Sciences.

Set all along the old bed of the Turia River & Gardens to reach the city centre in the old town, it is an avant-garde construction, a magnificent new architecture with designs by famous worldwide known Spanish architect Santiago Calatrava. It is a space for leisure activities where culture and scientific activities take the leading role, somewhere to learn and have fun at the same time, that bases its proposals on three major themes:: Art, Science and Nature, three pillars of human knowledge at the service of all: Palau de les Arts, Prince Phillip Museum, L’Oceanografic, L’Hemisferic, L’Umbracle, etc…

The visit will end with a walking tour thru the historical centre with the gothic ‘Carmen Quarter’ and its important monuments such as “La Lonja” (former silk market), the Modernist façade of the Central Market, The Ceramic Museum, Virgin Square, Colon Market, etc… among others.

Proceed to the hotel for check-in , dinner and overnight stay. 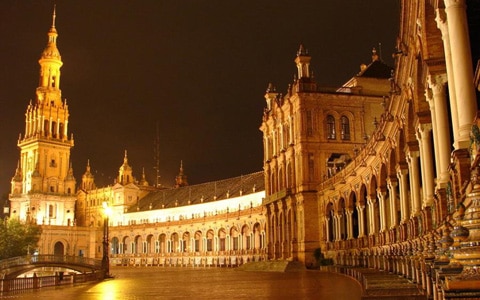 Breakfast at the hotel and continue the trip to Barcelona. On arrival we will pay a visit to Montjuic, site of the International 1929 exhibition and 1992 Olympics, from where a wide and superb panoramic view over the Barcelona skyline and the pier can be admired.

After this panoramic tour, proceed to your hotel for check-in and overnight stay.

Breakfast. Today will pay a visit to the highlights of the second Spanish city in importance. A panoramic tour of the city starting with a walk on the old Gothic Quarter, view of the Cathedral -a pure Spanish Gothic monument- to end in the Plaza St. Jaume with the Town Hall and Catalonian Parliament buildings.

We will continue by bus for ‘Gaudi Barcelona’. We are going to admire the most important monuments built by this world famous genial Architect of Modernism.

Along the Paseo de Gracia, we will reach Casa Batlló and Casa Milá -La Pedrera- housing the Gaudi Museum & Foundation, with the amazing terrace with its “soldiers chimneys” showing different shapes and beautiful tiles. Then we continue the Tour at the Parc Guell where you will see why Gaudi was a past master in the art of achieving overwhelming aesthetic effects with the cheapest materials. The park benches are faced with glorious mosaics of broken colourful tiles and faience chips. He also followed the dictates of the nature in designing the paths and roads, creating a number of cavernous passageways, in the middle of this park with dense pine forests and magnificent avenues lined with palm trees.

And finally the most famous and still unfinished masterpiece of Gaudi: the Holy Family Church (la Sagrada Familia).

It is an expiatory temple, which means that only donations and tips can be used to pay the construction, and though a burn destroyed part of the plans, after Gaudi’s death, these where reconstructed after a large investigation work, following the ideas of Gaudi, being the current architect Mr. Josep Mª Subirats. It became the monumental symbol of Barcelona all along the world. 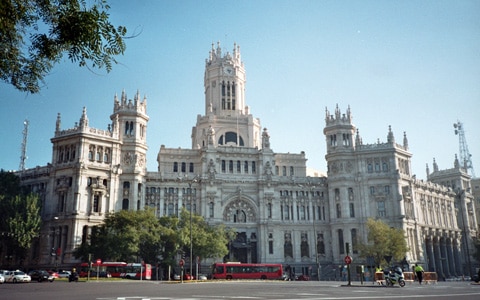 Load luggage on board the bus and departure transfer to Barcelona airport to catch flight back home. 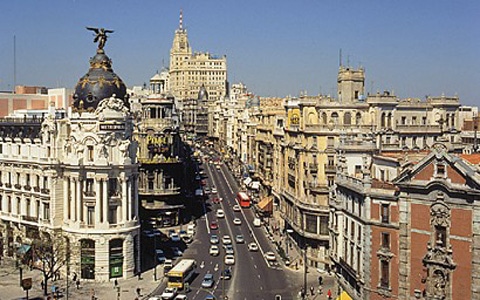 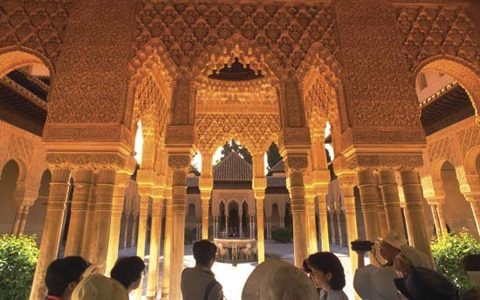